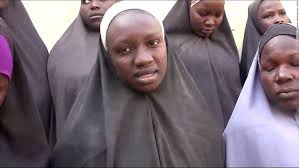 Nigerians are suffering because of Buhari’s nepotism – Fayose

New polio outbreak in Borno embarrassing to me – Shettima

Lagos seals hotel in Ikorodu for being used by criminals

Northern CAN withdraws from CAN, urges EFCC to investigate Oritsejafor, others

We are ready for war; nabbed militants working for military – Avengers

I am not an electoral offender – Senator Arase tells NHRC

How silicon valley may get hit by China’s ‘virtual reality’